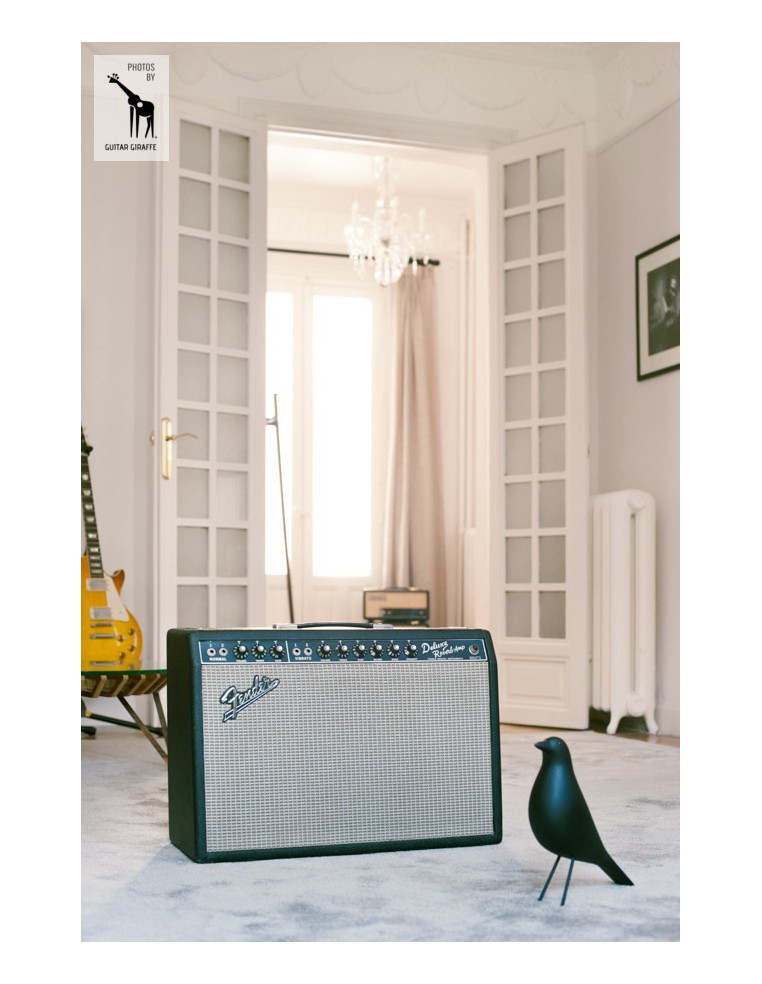 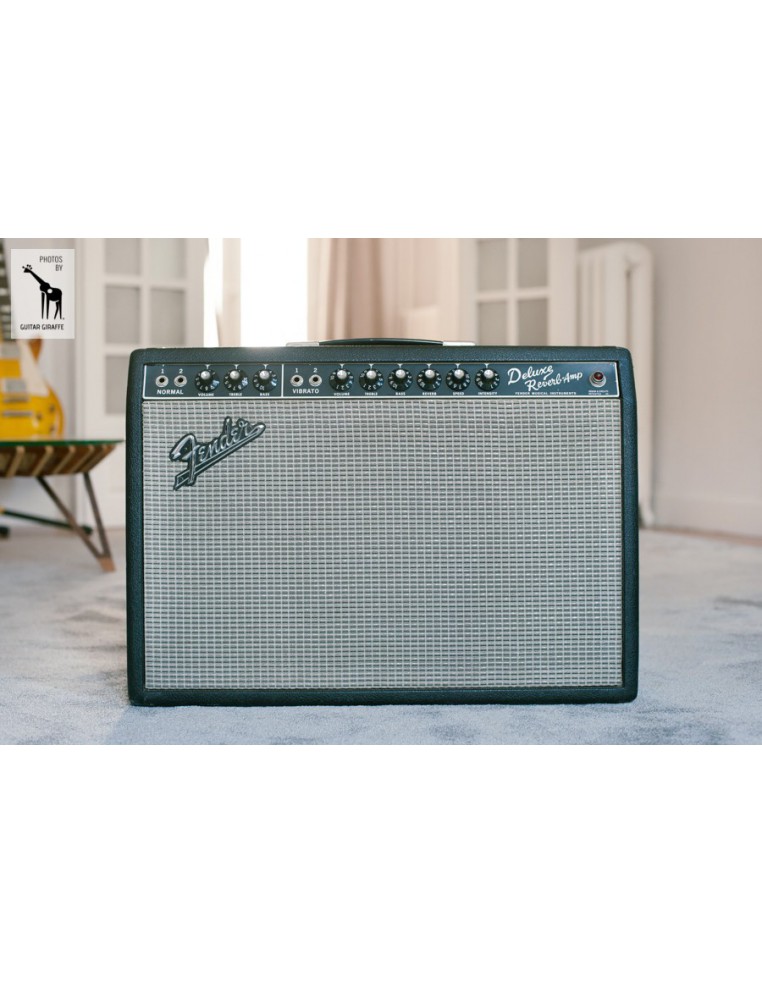 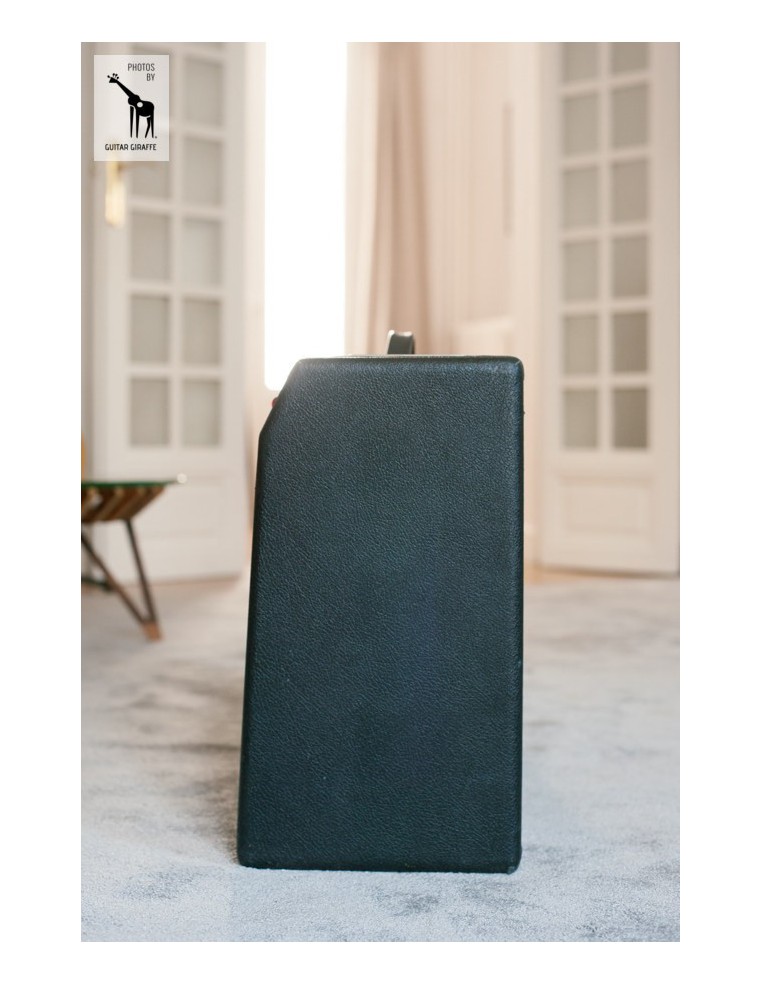 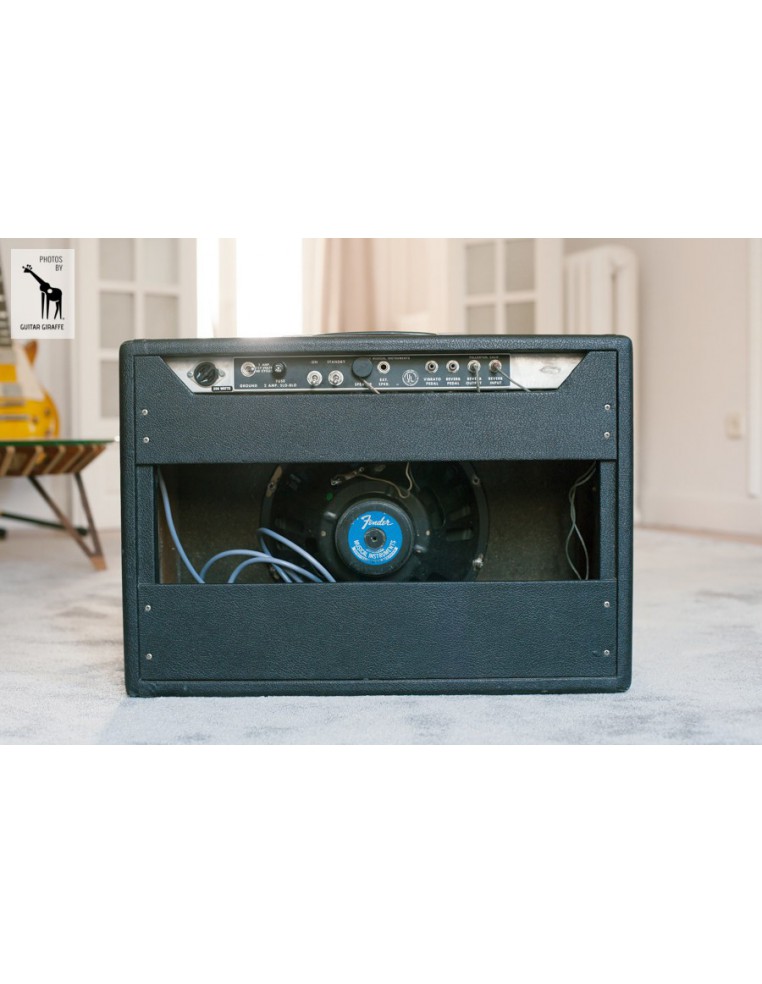 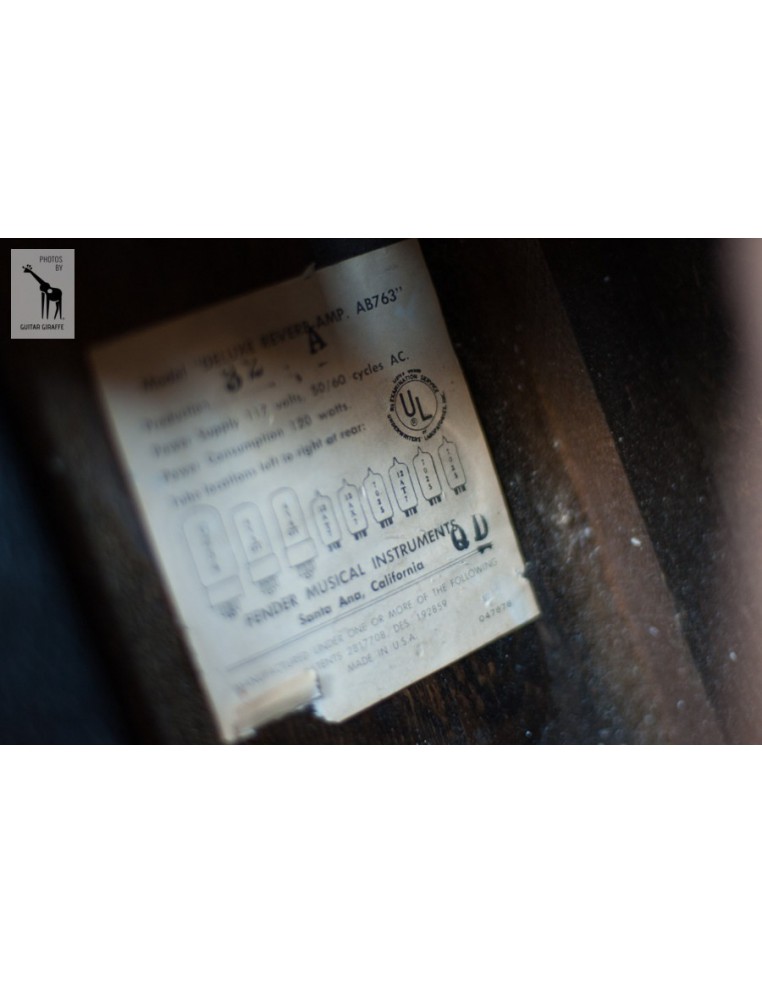 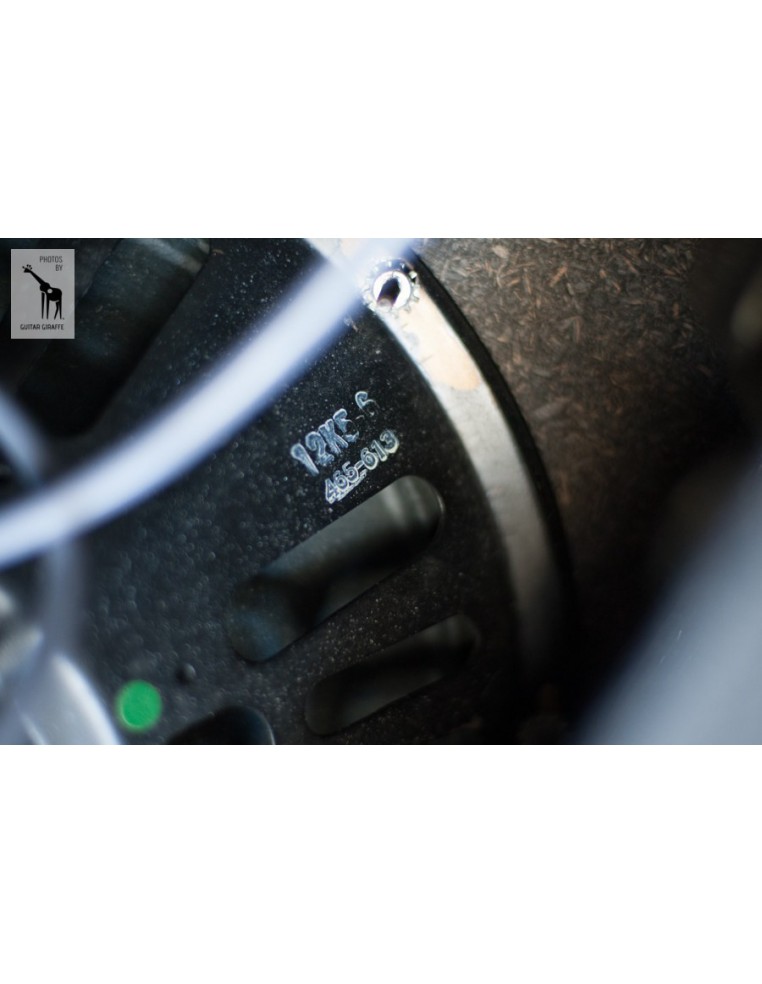 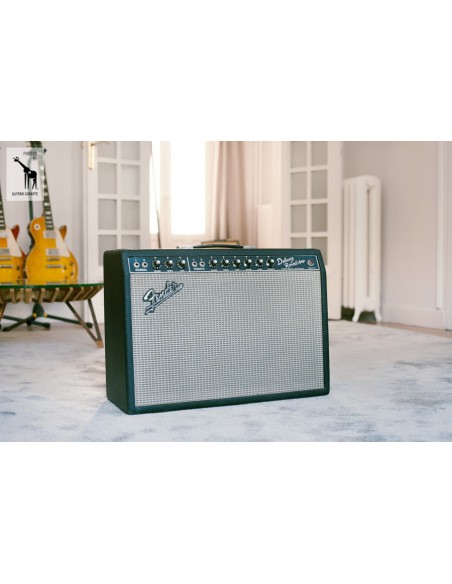 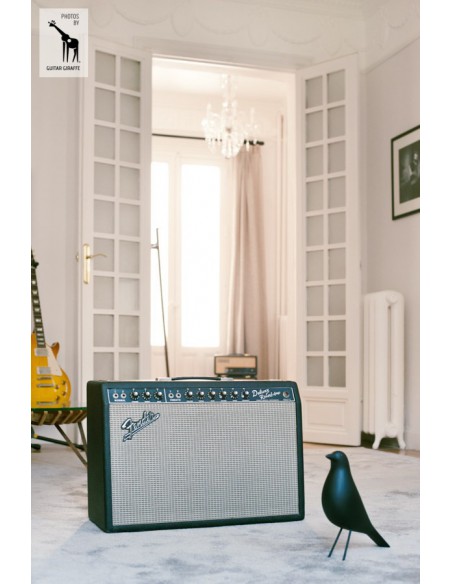 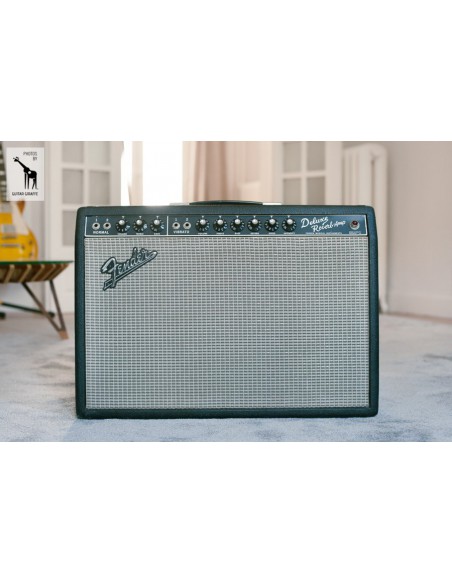 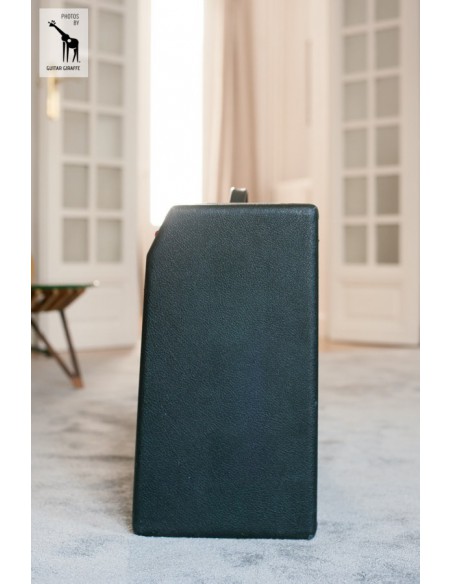 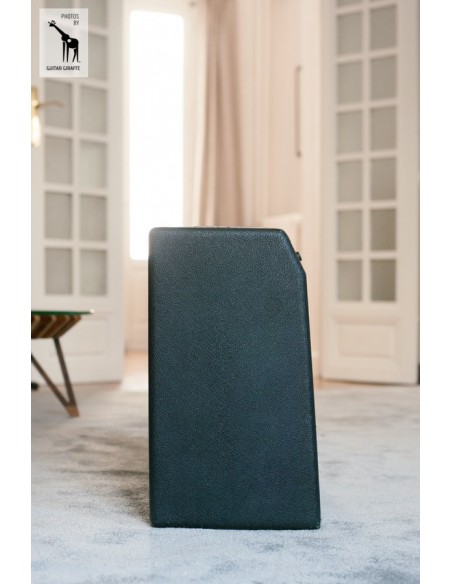 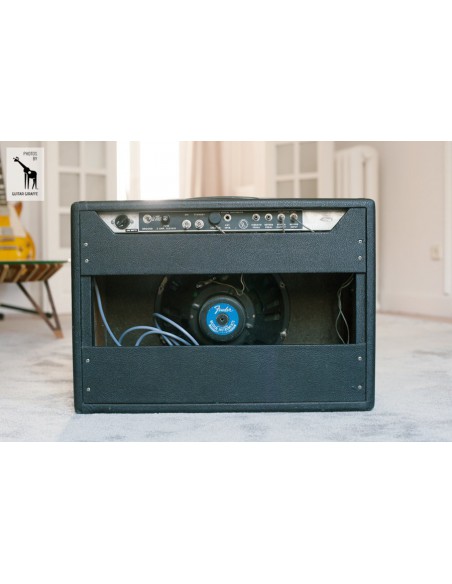 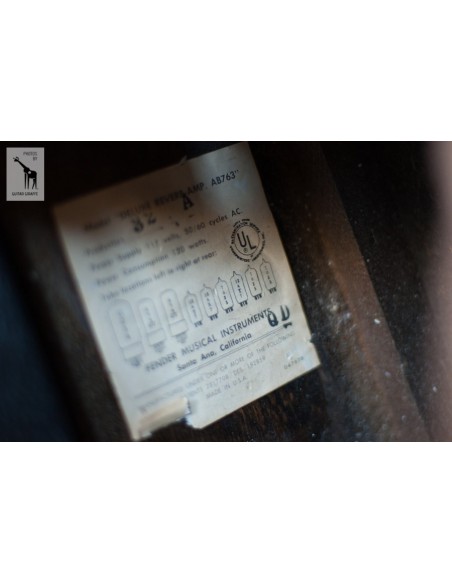 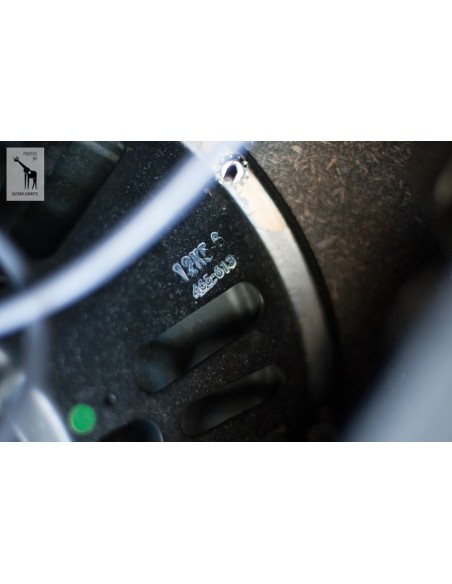 Happy to present this affordable super-clean 1967 Deluxe Reverb Blackface in pretty much original condition except for a couple mods that will let you access a minty example without breaking the bank!

Nope, this is not a reissue. Yes, it is the real deal. Yes, it looks mint. Yes, it ROCKS!

Happy to present this affordable super-clean 1967 Deluxe Reverb Blackface in pretty much original condition except for a couple mods that will let you access a minty example without breaking the bank!

Beautiful clean tones, instantly recognizable tone, lovely reverb sound, a true must for the serious player/collector! It was adapted to 220V for European voltage, and the reverb transformer was replaced at some time, after it failed (which happens quite often after a few years).

The output transformer, choke, speaker and reverb tank are 100% original and properly dated. Fortunately it had a professional cap job done for your safety and full enjoyment. Looks like someone scrubbed part of the serial from the chassis leaving only the "A" to show. However, the interior of the chassis is correctly dated early 67 (and is the proper way of dating them), tube chart dated April 1967 ("QD"). This is a transitional 1967 amp (meaning some parts are from 1966, the rest from early 67).

Very, very clean amp, I'd say about as clean as they get, and at an amazing price/great value, especially if you're using a EU voltage. Do NOT miss this great opportunity! 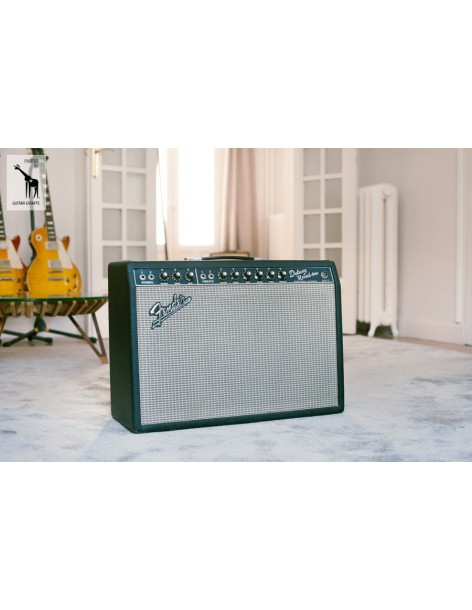 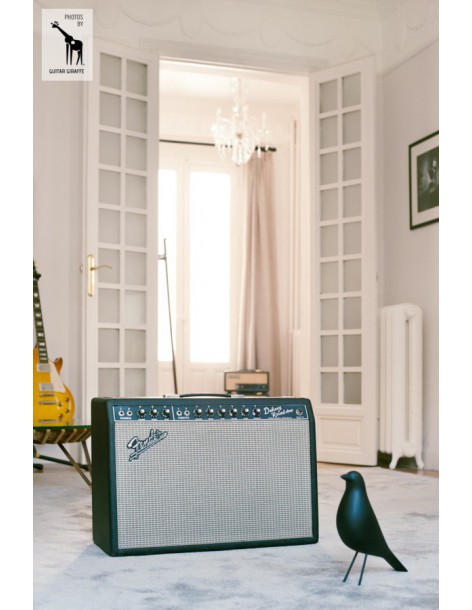 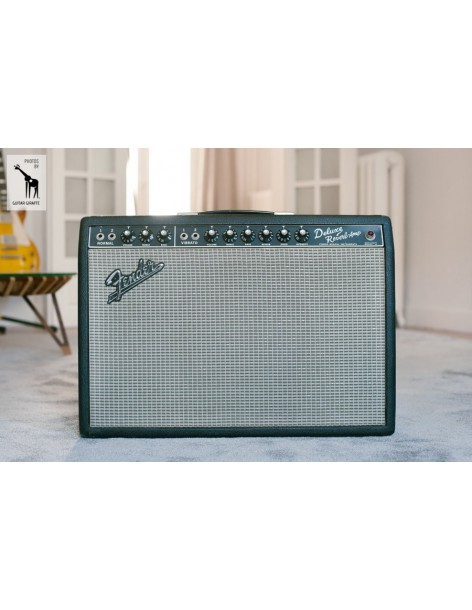 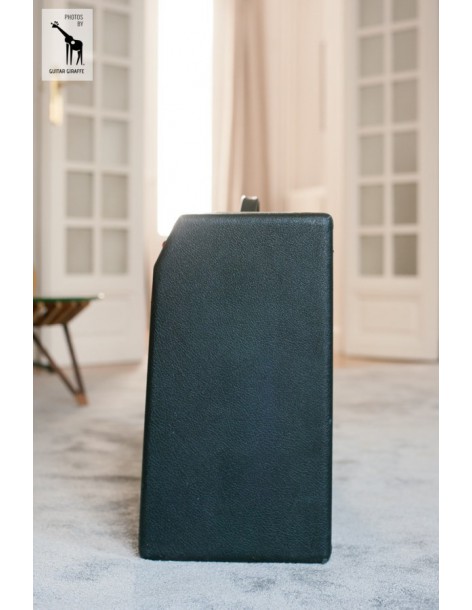 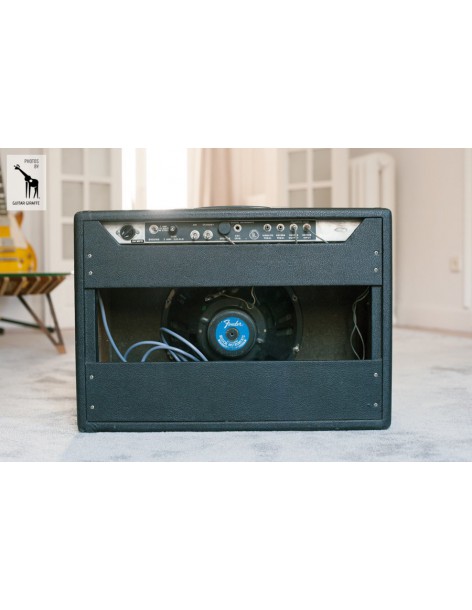 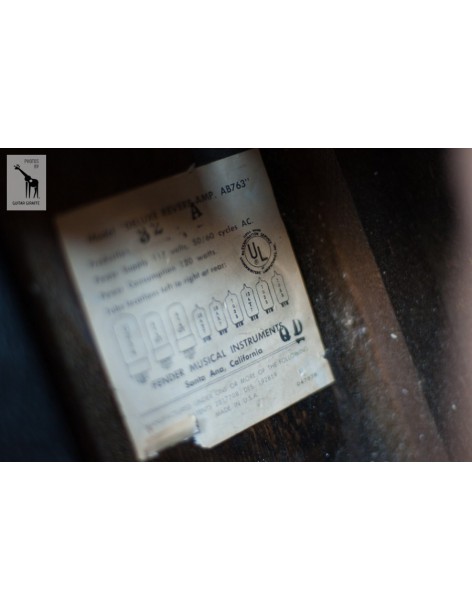 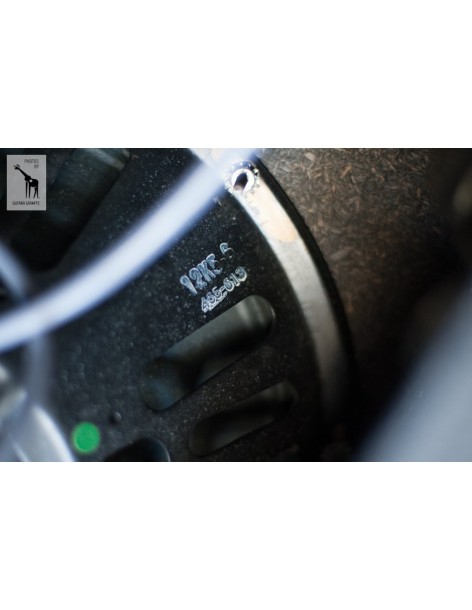 Save products on your wishlist to buy them later or share with your friends.

We use cookies to supply the service and functions offered in our webpage and to improve our users' experience. Read more